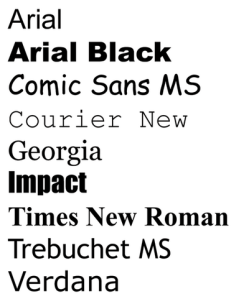 As a letterpress printer, I’ve developed an increasingly obsessive relationship with fonts—which, as the cranky old printer I will someday become would tell you, are more accurately called “typefaces.” Examining typefaces is a strange form of “deep reading” akin to pausing a film to examine a single shot. As our words (like these very ones you’re reading) are increasingly digitized into an unending flood of pixels, it’s occasionally worthwhile to look over an “analog” sentence slowly enough that the words become objects, each with their own unique visual character.

Thus, in my alternate paper-slinging role as a bookseller, I thought it would be interesting to compare the typefaces of three popular Diesel titles—if you have any of these books lying around, please feel free to examine them as well. All quotes are taken directly from the colophon of each book.

2. The Girl Who Kicked the Hornet’s Nest (hardcover, Vintage Crime) by Stieg Larsson
“This book is set in Minion, a typeface produced by the Adobe Corporation specifically for the Macintosh computer, and released in 1990.” It’s a very clear typeface, heavy enough (in this edition) to read from a good arm’s length, though somewhat crowded in the kerning they’ve used—probably necessary for a book of such magnitude and (literal) weight. The Adobe history is especially appropriate to the hacker-heroine of the Millennium Trilogy.

3. All the Days and Nights (hardcover, Knopf) by William Maxwell
This colophon has nothing less than a history of Europe in four type founders: “This book was set in Janson, a redrawing of type cast from matrices long thought to have been made by the Dutchman Anton Janson, who was a practicing type founder in Leipzig during the years 1668-87. However, it has been conclusively demonstrated that these types are actually the work of Nicholas Kis (1650-1702), a Hungarian, who probably learned his trade from the master Dutch type founder Dirk Voskens. The type is an excellent example of the influential and sturdy Dutch types that prevailed in England up to the time William Caslon developed his own incomparable designs from them.” Indeed.